When Steve was 12 he wrote his first newspaper, “The California Dreamer.” When he was 19, he was interviewing Santana, Grateful Dead, Moody Blues and Simon & Garfunkel. At 24, was Promotion Director for an award-winning jazz record company in NYC.

At 30, he went to Cape Town, South Africa for two weeks and stayed for 12 years, where he was chased and hounded by the South African police for an ad campaign he wrote for Shell criticizing the apartheid regime of National Party.

Steve’s work has been featured on four continents for top brands like Mobil, Honda, Pfizer, Home Depot, AT&T, Lowe’s and Coca Cola. He was elected to the Board of Ogilvy & Mather in South Africa and has earned Addy, Effie, Hermes, One Show, Telly & Show South awards in the U.S. 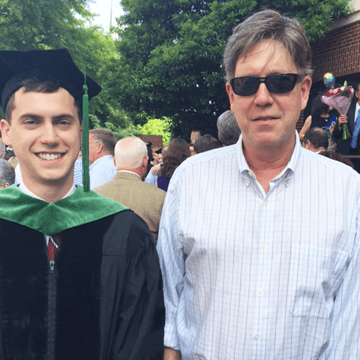 “I am a big believer in brand orchestration – getting all the aspects of your brand to work together and sing in one voice. Just like the old adage says, “No one can whistle a symphony. It takes an orchestra to play it.”
Back to Team Members